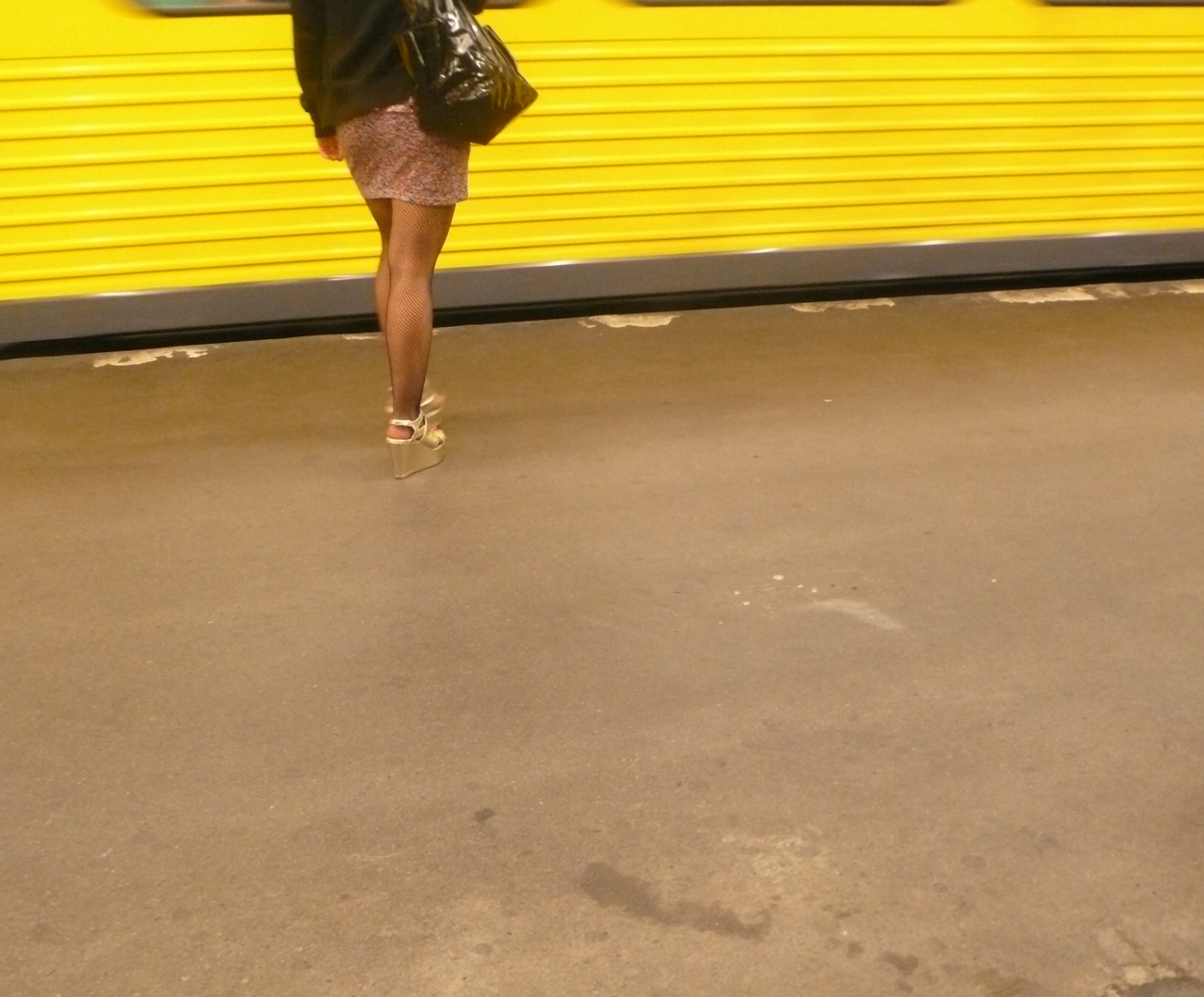 Summer is almost here. I though I’d share a photo from my last trip to Berlin. It’s a sneaky shot, this girl in those gold shoes and that yellow train. Mitte is full of euro jet setters, uber coolers and tall girls on bikes. If you go to Berlin, you’ve got to check out the Pergamon Alter. Like the British, the Germans used to go around the world nicking famous antiquities and claiming them as their own. These wedges looked paid for. 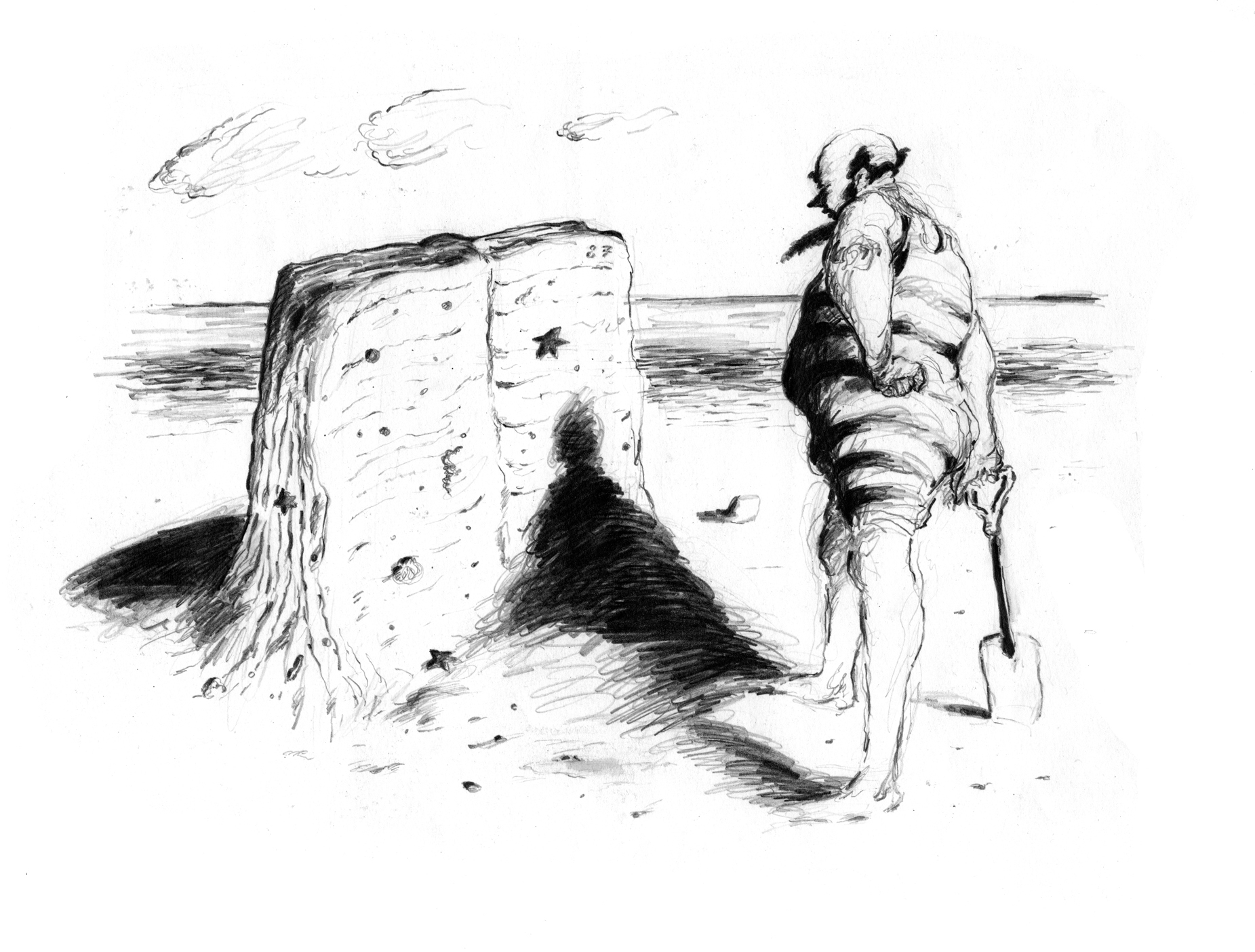 As we are still on that old school dayz trip – This was my first Illustration for Vogue Magazine from 1987.  I assumed Vogue was staffed by supermodels, but found instead, lots of posh gals in pearl earrings with private incomes. The article was about paperbacks that you would read on a beach in summer. The character looks a lot like one of my old tutors, Tubb Williams. These days, Vogue doesn’t appear to commission much in the way of Illustration,  but there’s plenty of photos of posh people with private incomes.

I think I spent the fee on ice cream and fizzy pop.